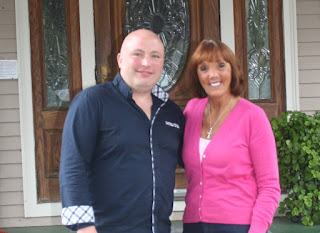 After a decade of ownership by the late Dick Badger, the torch is passed

NORTH CONWAY, NH -- The torch has been passed and the historic Bernerhof Inn in Glen, NH is now owned and operated by Fryeburg native Nick Panno. Panno has been innkeeper since January, 2019,  and bought the inn from the previous owner, the late Dick Badger, on September 12, 2019.

10 years ago, Badger purchased the inn at auction and invested over half a million dollars in restoring the distinctive 130-year-old building, which was renovated from top to bottom by Richard Leavitt Contracting. Panno plans on continuing to invest in the business in the spirit of Dick Badger, whom he cites as a mentor and an inspiration for keeping this landmark bed and breakfast vibrant for another generation.

Panno, 34,  is a familiar face around Mount Washington Valley, having started his hospitality career at local Dunkin Donuts franchises in 1998 working for Brian and Maria Fram. Panno  shared that the Frams were instrumental in helping him learn the ropes in the hospitality business, skills that have served him well since taking over operation of the Inn earlier this year. He grew up in Lovell, Maine, across from Kezar Lake. He went through the Fryeburg school system, graduating from Fryeburg Academy in 2005.

Nick stated, “I came to know Dick Badger in 2009 through a business venture. I connected through Brenda Leavitt of Badger Realty, who asked me to become innkeeper December of last year.”

Badger and Leavitt saw the potential in the hard-working Panno. Nick said, “I never worked at an inn, never thought I’d buy an inn, but I came to love it here. It’s a wonderful piece of property in the White Mountains. Dick taught me how to sell a room. That was his main goal - how to sell a room. His techniques work because our occupancy is at 93% since June! We were almost completely sold out every week in July and August. That’s a testament to his know-how and it worked. He also taught me the importance of having fun with the guests. It’s all about making memories.”

Dick’s mentorship of Panno quickly paid off. Nick stated, “Dick would pull the P&L’s and see the numbers increasing and he couldn’t have had a bigger smile on his face. He wanted to see this place reach its potential. His last words to me on the phone on the Thursday before he died was that he thought the Bernerhof was in good hands, and that he couldn’t be more proud of the way it was running and the guests’ reactions and comments. He was a pillar in the community, the top tier of real estate here for 40 plus years. I’ll always remember that.”
The future looks bright for both the Inn and Panno, who has ambitious plans for the property, ones that build on its past and take advantage of its potential. “In the near future I would like to add on to the property, but I’m not going to touch the original inn.” He plans on making investments in keeping up repairs and maintenance including a new roof next year, a substantial investment for the curving victorian roof lines of this historic structure.

Panno’s investment in the building will mirror those of Badger, who bought the Inn during the Great Recession and economic downturn. Leavitt explained, “It was a time, 2010, when the market was very tough financially for everyone, and Dick was so proud of the fact that he could take that building and utilize all the local talent in the community and provide jobs. So that was so important to him, to help the community in some way and not to leave this building to fall into disrepair.”

Reopening the restaurant is also in the works, including bringing back some of the original menu items that were popular in the 1940s like wiener schnitzel and fondue. Panno also will be bringing back the inn’s signature Taste of the Mountains Cooking School and will be announcing a new chef and a schedule of classes by the end of the year.

The Inn’s signature Murder Mystery weekends will continue as well. The next one is December 6, but is already sold out. Look for more dates in the future for these popular themed weekends. He also plans on continuing the on-site Serenity Wellness Studio and Spa, which offers massages and other spa services.

The lobby of the Inn features a large portrait of Badger pictured on the front porch of the Inn, a memorial that Panno put on display the day of his passing. He intends to honor what he started and ensure the continued success of the Inn. Leavitt shared, “He was so proud of that inn. He wanted it to thrive and was proud that it still stands today. He saw a bit of himself in Nick. He wasn’t afraid to get his hands dirty, he knew that as an innkeeper, he has to be hands on. Dick thought that Nick was that person. In that short time, he loved what he saw in Nick.” The respect was mutual, and Panno stands ready to honor Badger’s legacy while also continue to build on the success of the business in the future.

Thank you for visiting my website! Here you will find information about my services including samples of my work for all flavors of content ... 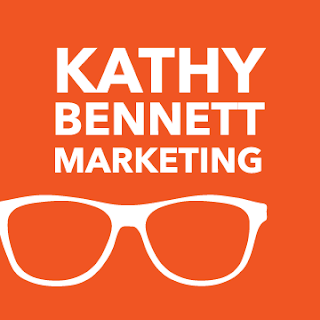